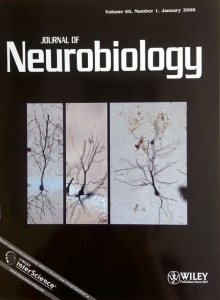 I have been studying how reproductive experience affects the hippocampus since 2000 (funded in party by CIHR and Alzheimer Society of Canada) and how different estrogens impact the hippocampus since 2003.
Shortly after weaning, primiparous rats have dendritic atrophy in the CA3 and CA1 regions of the hippocampus (Pawluski & Galea, 2006) compared to nulliparous and multiparous rats. The effect of primiparity was not limited to hippocampal morphology as we found that primiparous rats had fewer working and reference memory errors compared to nulliparous rats (Pawluski et al., 2006a). Biparous rats showed a slight improvement in working memory after weaning. This may seem paradoxical that at a time with significant dendritic ‘pruning’ in the hippocampus primiparous rats have better spatial performance but the same relationship is seen in chronic stressed female rats (Galea et al., 1997; Bowman et al., 1994). We determined that the primiparity effects to enhance working memory was due to both pregnancy and mothering as neither pregnancy alone or ‘foster’ mothers showed the same enhancement of memory (Pawluski et al., 2006b). Furthermore, across the postpartum, primparity was associated with decreased cell proliferation and neurogenesis, due to pregnancy alone (Pawluski & Galea, 2007). Curiously, biparity was associated with enhanced cell survival. The reduced neurogenesis with primparity is still evident 3 weeks after parturition (Workman et al., re-submitted). Part of this proposal is based on the exciting discovery that middle-aged multiparous rats exhibit an increase in cell proliferation with estradiol and estrone at multiple doses but there are no effects of estrogens on cell proliferation in nulliparous rats (Barha & Galea, 2011). Pilot data suggest that Premarin, the estrone-based therapy, enhanced learning and neurogenesis in nulliparous middle-aged but reduced learning and neurogenesis in primiparous middle-aged rats (Roes et al. abst).