Liisa Galea is a Professor in the Department of Psychology, and a member of the Centre for Brain Health, Director of the Graduate Program in Neuroscience, Lead of the Women’s Health Research Cluster at UBC, and a Scientific Advisor at Women’s Health Research Institute at the University of British Columbia. Her research investigates how sex hormones influence brain health and disease in both females and males. The main goal of her research is to improve brain health for women and men by examining the influence of sex and sex hormones on normal and diseased brain states such as depression and Alzheimer’s disease. 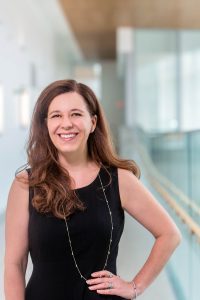 The facts: Dr. Galea obtained her Ph.D. in Neuroscience from the University of Western Ontario and was a postdoctoral fellow at the Rockefeller University. She has been an invited speaker and a keynote speaker at numerous international conferences over the past 10 years. Dr. Galea is a Distinguished University Scholar, holds an NSERC-Discovery Accelerator Supplement (for the second time), won a Michael Smith Senior Scholar Award, Cattell Sabbatical Award and the Vancouver YWCA Women of Distinction award (Technology, Science and Research). She was recognized as a Fellow at International Behavioral Neuroscience Society (IBNS) and the Kavli Foundation. She has over 140 scientific papers in peer-reviewed journals and has over 7000 citations with over 600 citations per year since 2013. Dr. Galea is the chief editor of FiN (Frontiers in Neuroendocrinology IF: 6.875, ranked #1 in Endocrinology & Autonomic Systems), an editor of eNeuro, past section editor of Neuroscience and serves/served on the editorial boards of Endocrinology, Hormones and Behavior, and Neuroscience. Dr. Galea has served on peer review panels for National Institute of Health (USA), Canadian Institutes for Health Research (CIHR), and NSERC. She has held operating grants from CIHR, NSERC, and Alzheimer Society of Canada and secured over $6.5M as the principal investigator and $3M as co-principal investigator in operating grants in total. She is an elected council member of international scholarly committees Organization for the Study of Sex Differences (OSSD) and International Behavioral Neuroscience Society (IBNS). Liisa Galea sits on the advisory board of Institute of Gender and Health at CIHR. She serves on the Advocacy and EDI committees of Canadian Association for Neuroscience.

The Research: Although sex differences exist in many brain diseases, research targeting sex as a factor in brain health has been scarce. Dr. Galea’s research is vital in filling this knowledge gap, specifically in understanding how sex and hormones influence neuroplasticity in females as too often women’s health is ignored in research. This preclinical work is essential for developing tailored treatments for brain disease in both women and men. Her research examines the effects of hormones, stress and reproductive experience on neuroplasticity, including adult neurogenesis (the birth of new brain cells in the adult), and subsequent behaviour. Liisa developed the first animal models of postpartum depression, was among the first researchers worldwide to study hormonal control of adult neurogenesis and the impact of motherhood on the brain in later life. An understanding of how neurogenesis is regulated may provide clues for devising new therapeutic treatments for diseases that involve neuronal loss and show greater prevalence in women, such as Alzheimer’s disease and depression. 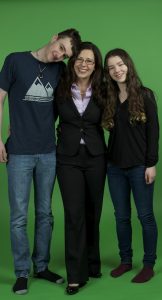 The fun stuff: When Liisa is not teaching or working on her research, she dedicates her time to being a wife, and mother of 2 teenagers. Liisa is very proud of her Estonian/Maltese heritage and specializes in baking Estonian Kringle. She is most proud of her two greatest accomplishments, her adorable ‘adult’ children, to whom she has passed on her love of science and cookie dough. She lives in North Vancouver and enjoys trail hiking with her very bad dog. Indeed, most weekends you can find Liisa hiking on the Baden Powell trail.